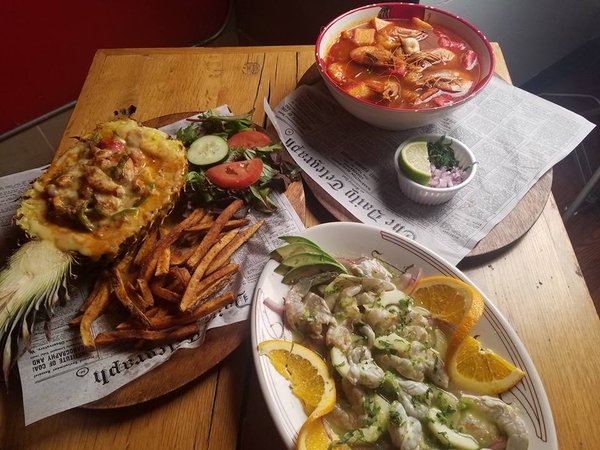 Ambrosio Mancines received national acclaim for his fine-dining-meets-street-food T&B Grill and now, the chef is turning his attention to seafood with new concept, Mariscos Sirena

Mariscos Sirena is all about creativity. “Cooking is about matching flavors, putting ingredients together in new ways,” said Mancines. “In the kitchen, you have to try new things. To be a chef is to create your own food; it’s not about doing what other chefs do.” His new restaurant reflects that belief, bringing high quality, fresh and unique dishes influenced by Mancines’ eclectic culinary background to Albany Park’s ever-growing food scene.

The Menu
Offered in Spanish and English, the menu is divided into appetizer, mains, sides, kid’s menu and dessert sections. Menu selections are plentiful and varied.

Seafood options make up the bulk of the menu but in Mancines’ talented hands, the unique creations make the selection anything but typical. For a tropical treat, try the Pina Rellena Estilo Nayarit, stuffed pineapple filled with seafood and topped with cheese ($16.95); Pulpo, octopus prepared in your style of choosing–Al Ajillo, garlic, a la diabla or Nayarit style ($15.95); or Langostinos Estilo Nayarit, crabfish, your choice ($17.95).

Dishes that are perfect as an entree, side or to share with tablemates include Coctel de Camaron, shrimp cocktail (small $7.95/large $13.95); Ceviche de camaron o pescado, fish or shrimp ceviche (small $7.95/medium $11.95); and Camarones (Elegir el Estilo), shrimp prepared in your style of choosing–al Ajillo, garlic, buttery, a la diabla or breaded ($14.95).

For those who prefer turf over surf, Mariscos Sirena’s meat options are sure to satisfy. Keep it simple with a classic Taco de Asada, steak taco with poblano peppers, onions and cilantro ($3), or indulge in the Carne A La Tampiquena, Arrachera steak with guacamole, rice, beans and an enchilada ($16.95). Other choices include Mole Mancha Manteles, grilled chicken breast with rice and tortillas ($16.95); Carne de Arrachera, Arrachera steak with salad, rice and beans ($14.95); and a Burger with choice of toppings: A half-pound grass feed beef patty, served with French Fries, is topped with pepper jack or cheddar cheese and your choice of any two add-ons: egg, chorizo, jalapeno, guacamole, shrimp, bacon and avocado ($9.95)

About Chef Ambrosio Mancines
Chef/owner Ambrosio Mancines is a native of Guerrero, Mexico who came to the United States when he was a young teenager. He always has had a passion for cooking. “I love to cook and that’s why I had the idea to someday have my own restaurant,” he said. As one of ten children, he learned to cook early and, because he loved to cook, he often cooked for the whole family, transforming traditional Mexican recipes into his own new and different creations. He started working in restaurants as a dish washer at age 14. “It’s a hard but important job, but that’s how you start in the kitchen,” he said.

His first cooking job was at the Italian restaurant Vivaldi in Chicago, making salads, and then he moved to the new Maya del Sol, a highly respected and popular Latino restaurant in Oak Park. After two years he went to another Chicago favorite, Bistro Chez Joel on Taylor Street, where he soon became the sous chef, adapting recipes, making desserts and managing the line. Later, he helped open Folklore in Wicker Park as sous chef, where he was in charge of the grill. A move to David Burke’s Steakhouse in Schaumburg gave him some solid corporate restaurant experience as well as an education in prime meat aging, one of David Burke’s specialties.

In 2015, he followed his dream to open his own restaurant, launching T&B Grill. “My idea was to create a simple, inexpensive restaurant that would appeal to everyone, but I didn’t want to have a typical one,” said Mancines. In late 2017, Mancines closed T&B Grill to pursue what he believes is a more creative and in-demand cuisine for the neighborhood and beyond. 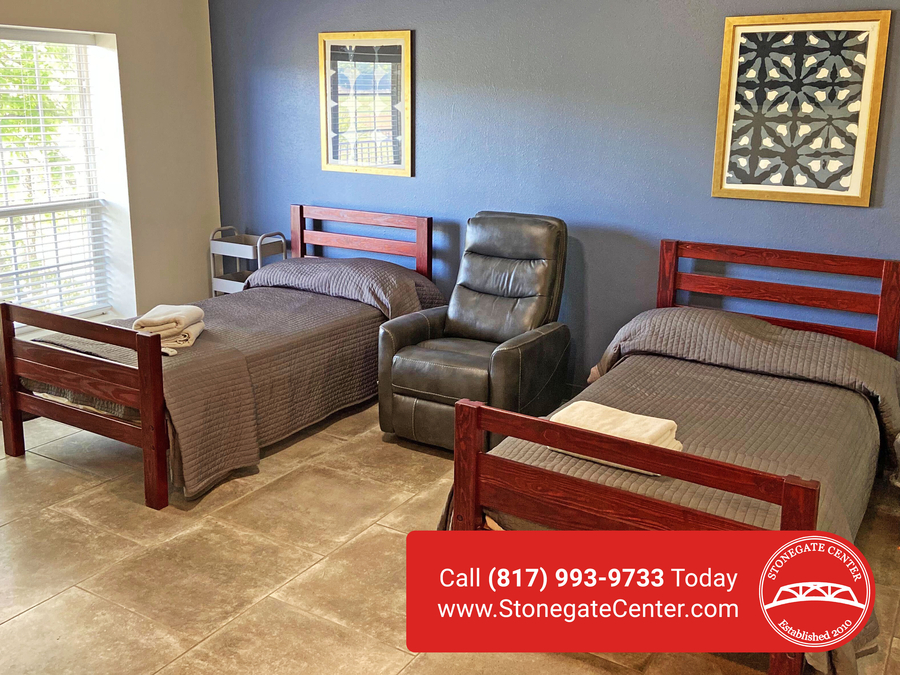 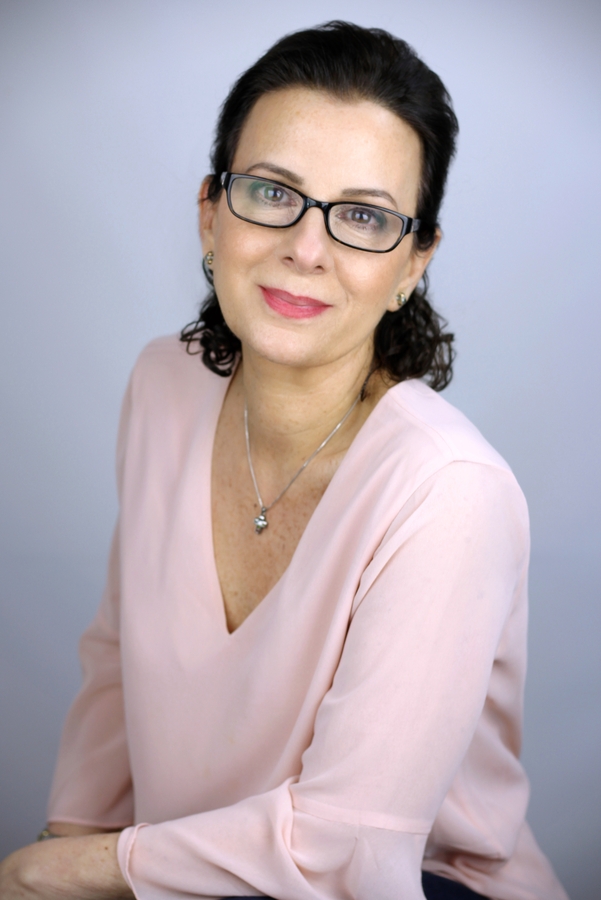 Optimize Your Immune System — Even in a Pandemic

Not Another Year of Processed Foods – Eating Well in 2018 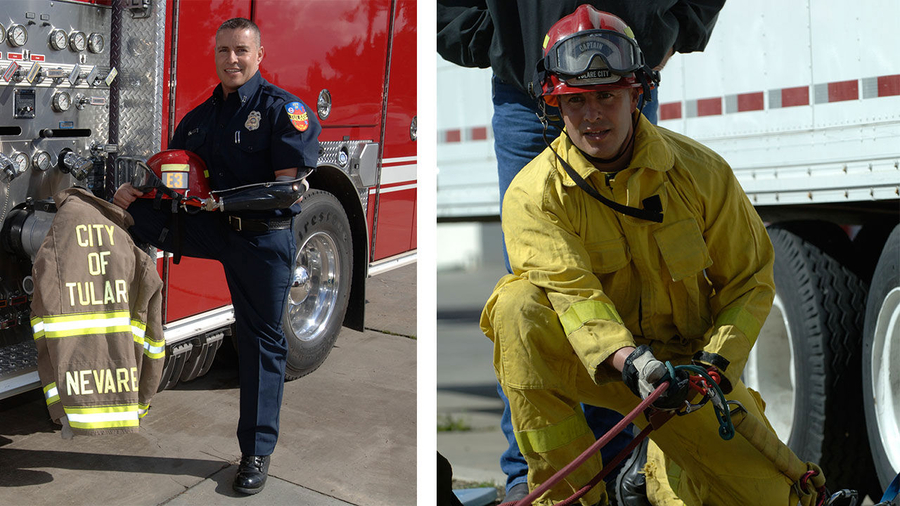 Luis Nevarez: The Fire Chief Who Will Never Give Up